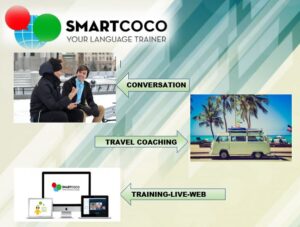 Conversation is generally face-to-face person-to-person at the same time (synchronous) – possibly online with video applications such as Skype, but might also include audio-only phone calls. It would not generally include internet written communication which tends to be asynchronous (not same time – can read and respond later if at all) and does not fit the ‘con’=’with’ in ‘conversation’. In face to face conversation it has been suggested that 85% of the communication is non-verbal/body language – a smile, a frown, a shrug, tone of voice conveying much added meaning to the mere words. Short forms of written communication such as SMS are thus frequently misunderstood.

No generally accepted definition of conversation exists, beyond the fact that a conversation involves at least two people talking together. Consequently, the term is often defined by what it is not. A ritualized exchange such as a mutual greeting is not a conversation, and an interaction that includes a marked status differential (such as a boss giving orders) is also not a conversation. An interaction with a tightly focused topic or purpose is also generally not considered a conversation. Summarizing these properties, one authority writes that “Conversation is the kind of speech that happens informally, symmetrically, and for the purposes of establishing and maintaining social ties.

Many conversations can be divided into four categories according to their major subject content:

Subjective ideas, which often serve to extend understanding and awareness.

The origin or the legend about the Best Tapeo
24 abril, 2020

This website uses cookies to improve your experience while you navigate through the website. Out of these cookies, the cookies that are categorized as necessary are stored on your browser as they are essential for the working of basic functionalities of the website. We also use third-party cookies that help us analyze and understand how you use this website. These cookies will be stored in your browser only with your consent. You also have the option to opt-out of these cookies. But opting out of some of these cookies may have an effect on your browsing experience.
Necessary Siempre activado
Necessary cookies are absolutely essential for the website to function properly. This category only includes cookies that ensures basic functionalities and security features of the website. These cookies do not store any personal information.
Non-necessary
Any cookies that may not be particularly necessary for the website to function and is used specifically to collect user personal data via analytics, ads, other embedded contents are termed as non-necessary cookies. It is mandatory to procure user consent prior to running these cookies on your website.
GUARDAR Y ACEPTAR